We've noticed this is not your region. Redirect me to my region
What do you want to learn today?
Back to Events 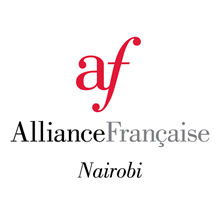 The Alliance Française de Nairobi was founded in 1949.  It has grown into one of the largest in Africa offering French language courses to thousands of students annually.  We offer a steady progression allowing our students to meet both their personal and professional objectives.  The Alliance Française is the only accredited institution in Kenya for international and professional French language certification.  It is also the only officially recognized institution in Kenya for certified translations.

The institution offers a rich programme of annual activities showcasing local and international Arts and encouraging creativity. It supports the production and presentation of artistic works, across all disciplines that reflect the diversity, aspirations and contradictions of our contemporary society and open up space for dialogue

Or if you don't have an account you can sign up
as a Provider or as a Learner
Login
** To add the schedule/s, download and export the .ics file to your calendar. **